We’re currently in Ho Chi Minh (Saigon), Vietnam. We just finished walking around and I guess we’re ready to go to Da Nang and Hoi An. We will be flying around 8:40PM, and I think the travel time will be more or less an hour. We booked a taxi for 170,000 Vietnamese Dong = 350ish in Philippine Pesos (I swear their currency is so confusing, I need more time to get used to it!).

I’m trying my best to keep all the receipts and invoices from the places we stayed, ate, bought, etc. so I can make a proper blog post about it. Hopefully I’ll be able to manage them properly.

Where was I in the last few days? I stayed there for two nights to meet up with my travel buddy. It was so late when I landed in KLIA2. I didn’t want to take a taxi to our hotel because it was so far away (I’m trying my best not to overspend). I ended up taking a bus from KLIA2 to KL Central that took roughly an hour and a half. The Malaysian man sitting beside me made it so unbearable, he had his music on loudspeaker + singing really loud. The bus was full (a mix of backpackers, locals and Airasia flight attendants) so I felt safe even if it was already 2:00am.

From KL Central, the only option I had was a “teksi”, at least its closer so the meter wont be too much $$$. When I was in the airport, I asked two Filipinas who were living in Malaysia for three years already. I asked them how I can get to Masjid Jamek (where our hotel is located) and they told me to wait for the trains to operate because it wasn’t really safe to go anywhere that late. To be honest, it kinda freaked me out a bit a) I didn’t want to stay in the airport because I was so tired b) I just want to fall asleep on a bed c) what if something bad happens to me? (lol so negative, I know)

Stepping out of the bus in KL Central, I got bombarded of men shouting “teksi you want?” but I still had the voices of the women I asked in my head so I said no. I saw the FA from Airasia who was in the same bus that I was in, I approached and asked him where I can get a “safe” taxi, he asked where I was going, paused as if he was thinking about something, surprisingly he offered to drive me there. I was like “are you sure?” (and asked myself as well if I am lol being kidnapped is not part of my plan in this trip) he said yes and helped me get my backpack in his car and waited for him to put his luggage in his trunk. Once we were inside, I learned that he lives in the opposite side and I felt kinda bad but I didn’t want to go down anymore. Once we were in Masjid Jamek, I told him I’ll just walk around to look for the hotel so he can drive back but he insisted in dropping me off in front of it. He got the number of the hotel, called them and asked for directions, when we found it, I insisted on at least paying for his gas, even if he said no, I left money in his car to show my gratitude. Thank you Universe for sending me a good samaritan!

I will have to come back to Malaysia soon because I only saw the Petronas Towers and would love to go to Batu Caves, Langkawi, Penang etc. We had a tuktuk from our guesthouse that became our tour guide for two days around the temples. Tip: Wake up early and go to Angkor Wat and watch the sunrise, so worth it! 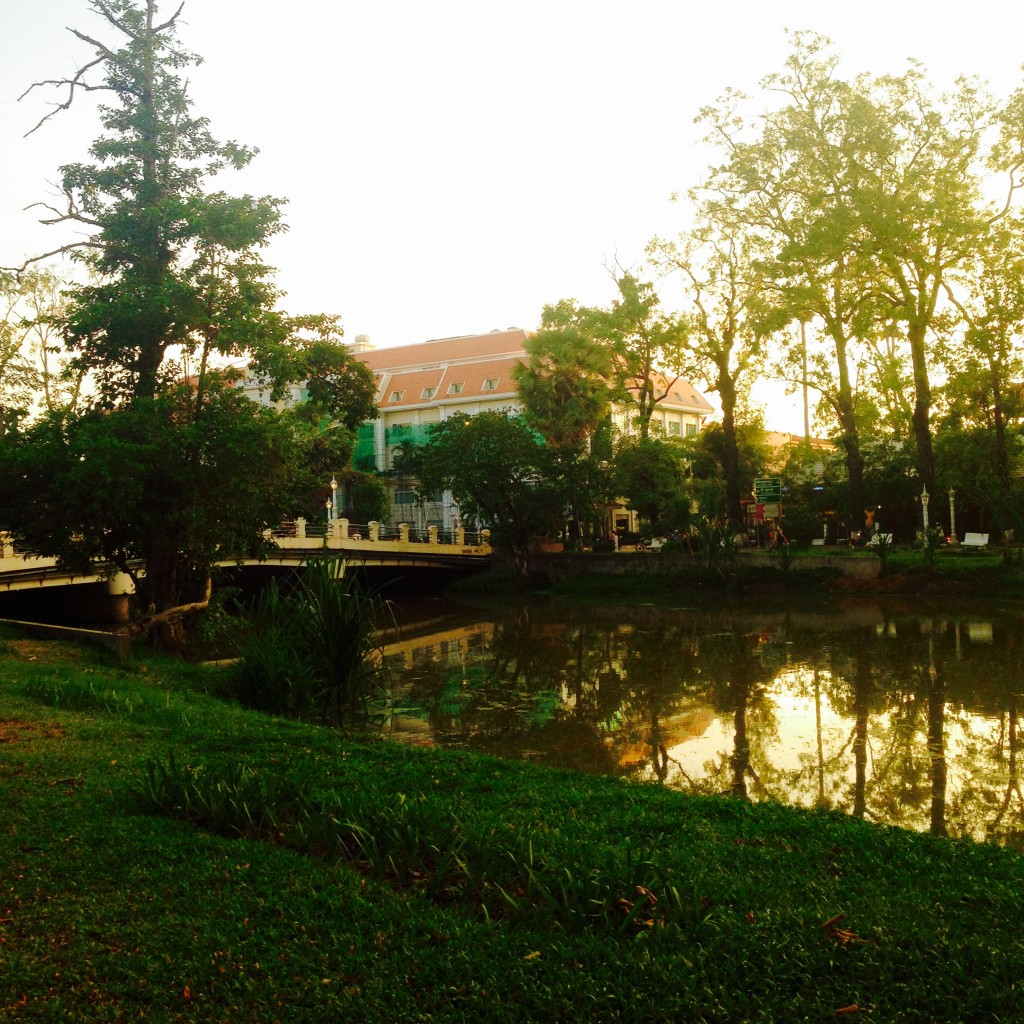 We only walked around because we didn’t have time to do the Killing Fields, etc ( but the people we met later on went and told us about it) 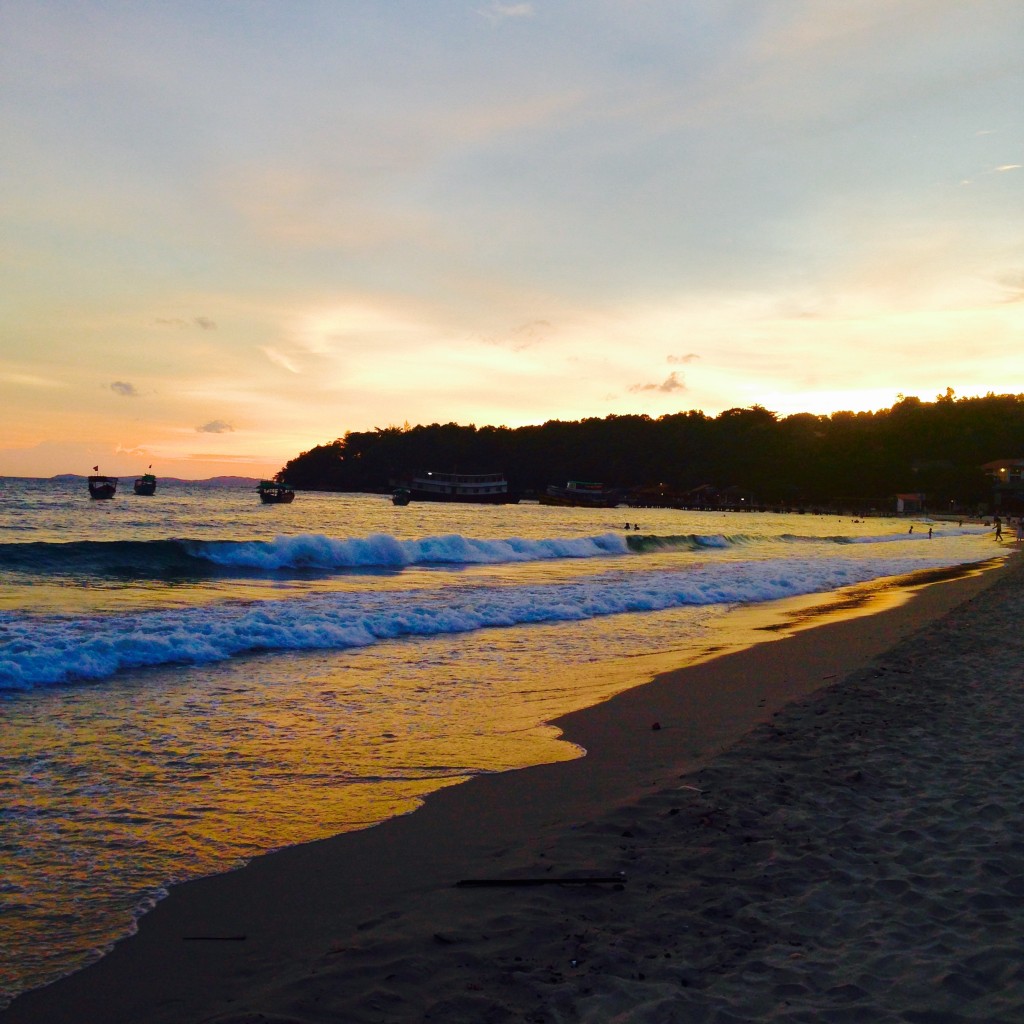 We took the bus going South for some “Vitamin Sea”. Story time: We didn’t book any room online, we thought it would be easy walking around since it’s low season anyway. The first place we found was @home, it was cheap and looks good… Until we saw bed bugs! So we told the owner (a Swiss man) and he made us transfer to another room. All was well ’til Astrid saw one. The owner was not there anymore so we told one of the staff about it and left. We were very concerned that our things might have some of these nasty insects.

We found a nice hotel called GBT and just settled there, a bit more pricey than the first one we went to but at least it’s clean! We took a 2 hour slow boat (a speed boat will take 45 minutes) because it was cheaper. When it comes to accommodation, don’t expect too much but it was really cheap! I consider this as a party island (eg, people smoking weed, etc.) the weather was shitty but we still get to spend some time by the beach. When I posted a photo of Koh Rong, my high school friend commented that Survivor was currently shooting in the island. I forgot to ask the locals about it though. Later that night, we went to a “jungle party” (literally in the middle of the jungle!) and I met some of the staff of Survivor, pretty sure I fangirl-ed so much.

How did I get to Vietnam from Cambodia? We took a $12 bus from Phnom Penh. Our route was: Koh Rong – Sihanoukville – Phnom Penh (via sleeper bus) – then spent the night there – the next morning, we took the bus for 7.5 hours.

It was a bit stressful because the bus company that the hostel booked for us were for locals and no one spoke English. We didn’t know where we will have a stopover, get our stamps for exiting Cambodia and entering Vietnam, and others, we were just following what everyone else were doing. But we survived!

We arrived in Ho Chi Minh with no room booked yet, we were tired and I was PMS-ing (not a good mix while traveling!) so when we saw Elios Hotel, we booked it for a night even if it was over our budget ($50usd).

What’s your itinerary? Which hotels did you stay? Places where you ate? Recommendations? I promise I will have that sorted out! Backpacking is so easy and would love to influence other people to do it as well. Honestly, it’s something that I wasn’t exposed to while growing up, but really happy I am now!

So watch out for my next update!

How about you, are you backpacking any time this year? How to Plan Smart For Your Next Trip