I’ve been watching videos and looking at photos ever since I came back and it’s definitely giving me separation anxiety from my short holiday in Boracay (as always). I went there for LaBoracay 2015, April 27 to May 4 via Cebu Pacific. With all honesty, I was expecting the flight to get delayed and the Kalibo airport to be crowded but that was not the case. Happy that it was such a hassle-free trip. 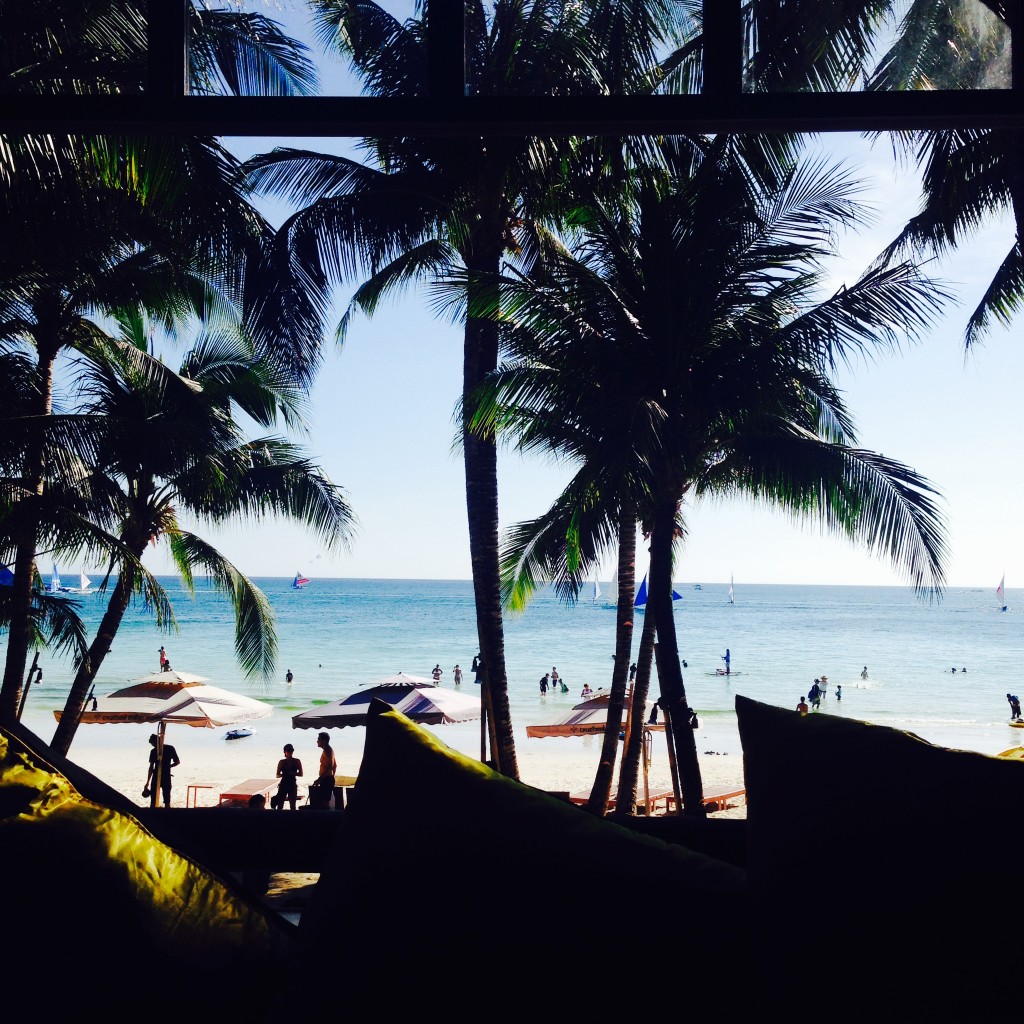 Initially, it was supposed to be a 2-week holiday but booking for a room was such a nightmare. Luckily, a friend of mine (who has been living there for 3 years) suggested Frendz Resort and Backpacker Zone both in Station 2. He actually gave me a handful of places but these two stood out the most. So the 2-week plan was changed to just a week.  The first two nights were at Backpacker Zone and the next two were spent at Frendz Resort. The latter had free pizza on my first night and happy hour (+++ points).  A bit sad because the day I was checking out, they were having it again </3 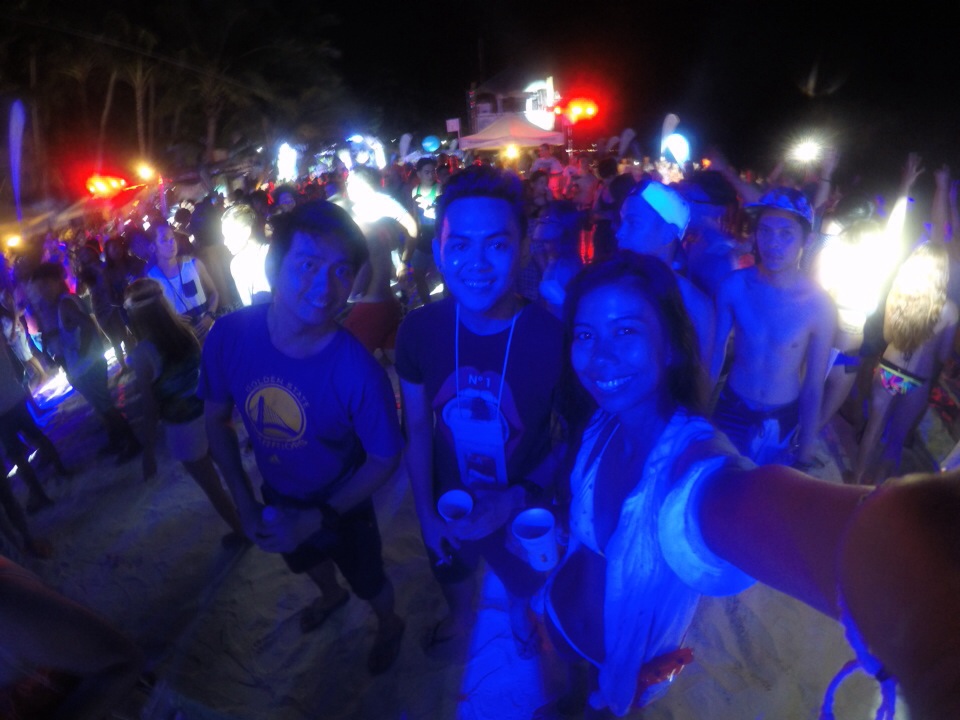 My two friends arrived on May 1 so I transferred to their room in Island Nook. To be honest, I thought I was going to be alone, doing more work on my first four nights but then I met Astrid! She’s a Norweigan “flashpacker” who has been traveling around and will soon be my travel buddy. 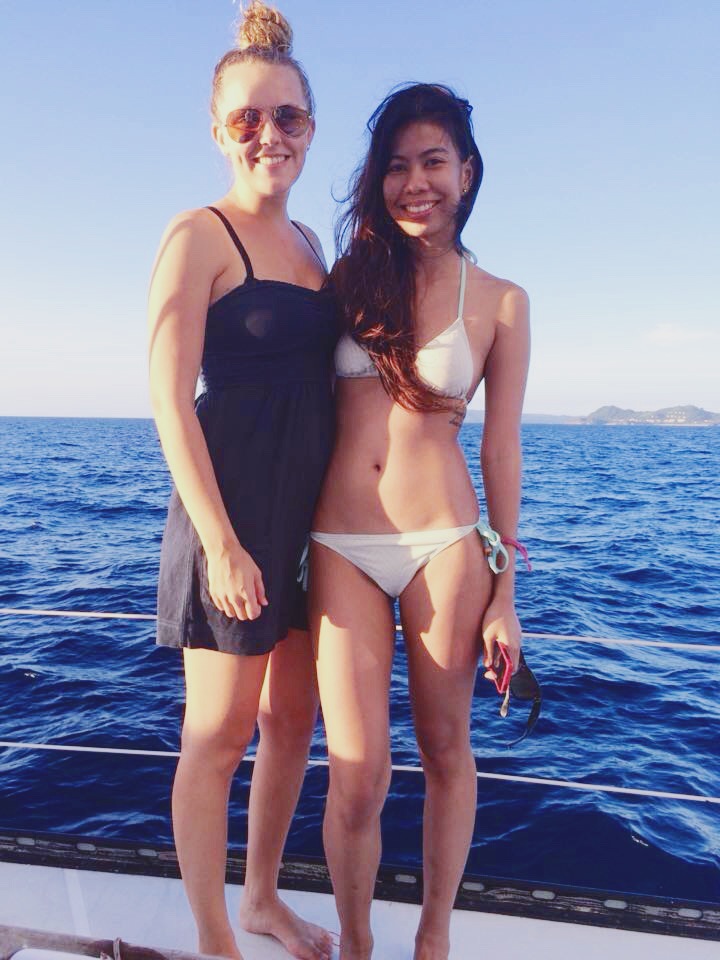 It was not hard being friends with her because we pretty much like the same things, she also became my roommate at Frendz Resort because she only booked for a night via Airbnb. Her plan was just to book it as she goes, but she didn’t know that it was a big holiday weekend so it was pretty much fully booked everywhere and the rates were outrageously high. 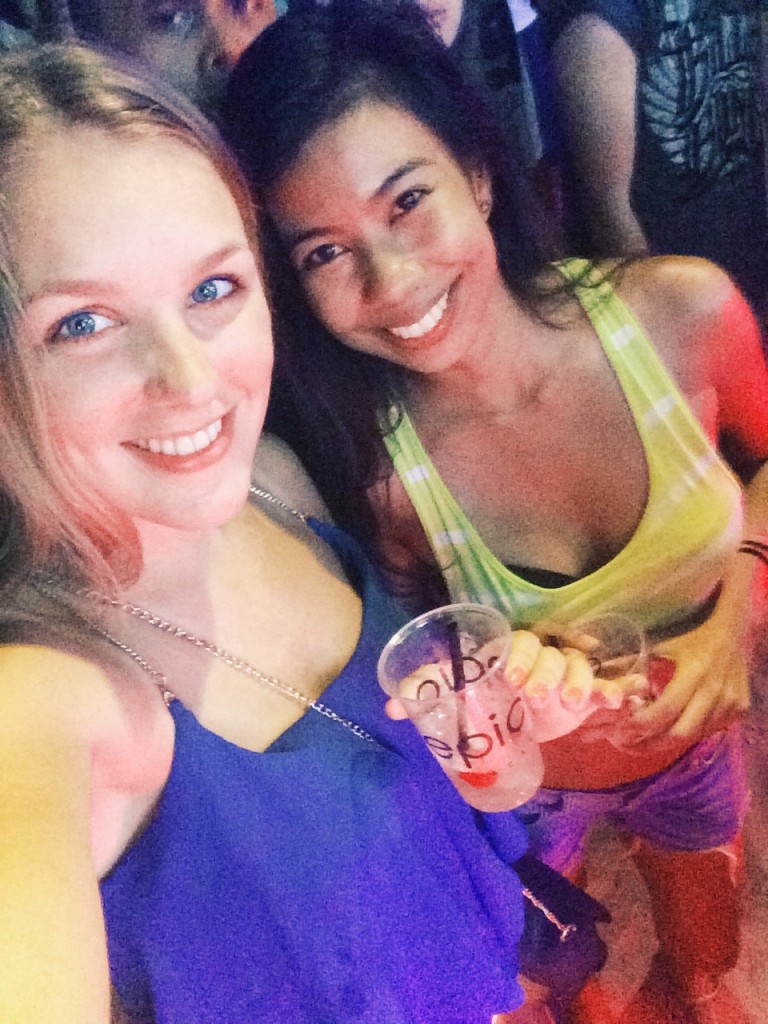 On my first day, after having lunch and walking to my favorite massage place, I was approached by a guy and got invited to a house party. A group of Aussies with a start-up businesses were throwing a birthday party for their friend and needed more people to come. They were renting an apartment at Under the Stars Luxury Apartment, they showed me a photo of the place but I was a bit cranky because I was enjoying my slow walk by the beach (lol) and wasn’t really in the mood of crashing a stranger’s party. So I told them I’ll think about it. 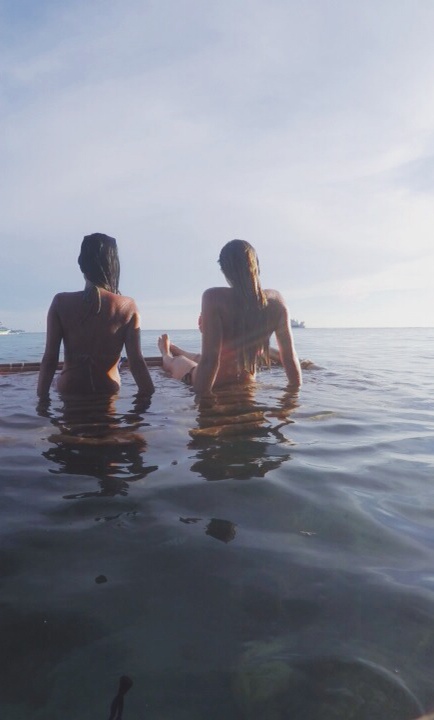 And then I met Astrid that night and remembered that party so I asked her if she wanted to go. Long story short, we came, ate a whole chicken (we were hungry haha), drank a little, then left. By the time we got there, the party was over so there wasn’t really much to do. I kinda felt bad because they had a goat with a tie, all tied up by the pool. 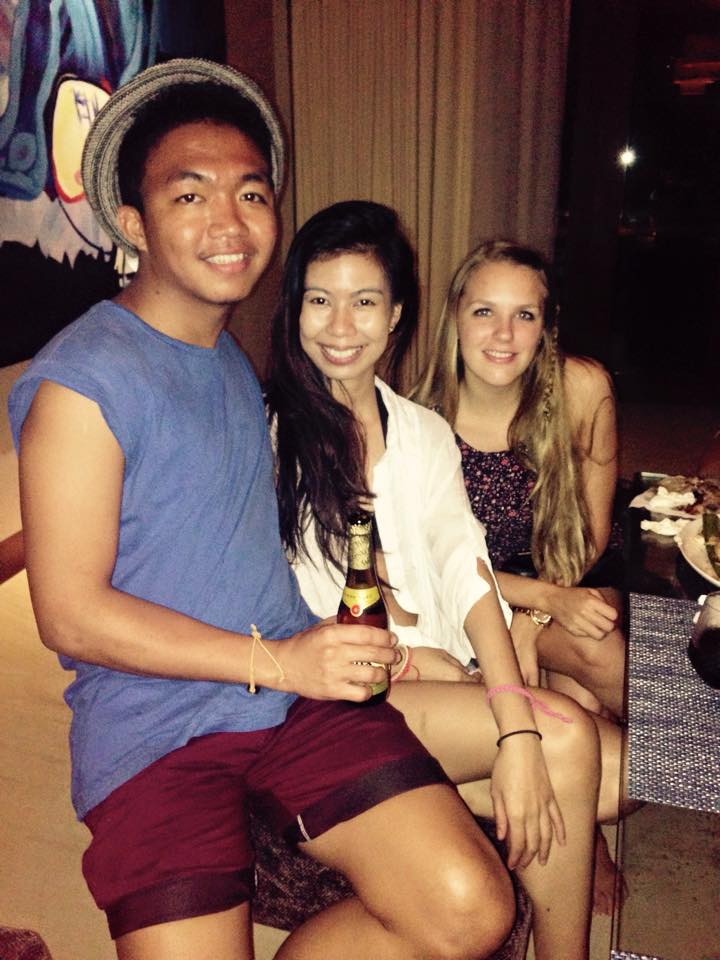 I also met Pau, a longtime friend from Tumblr, who I asked to come with us plus 2 of his friends. (Excuse my face, this was before I had some sun :p) 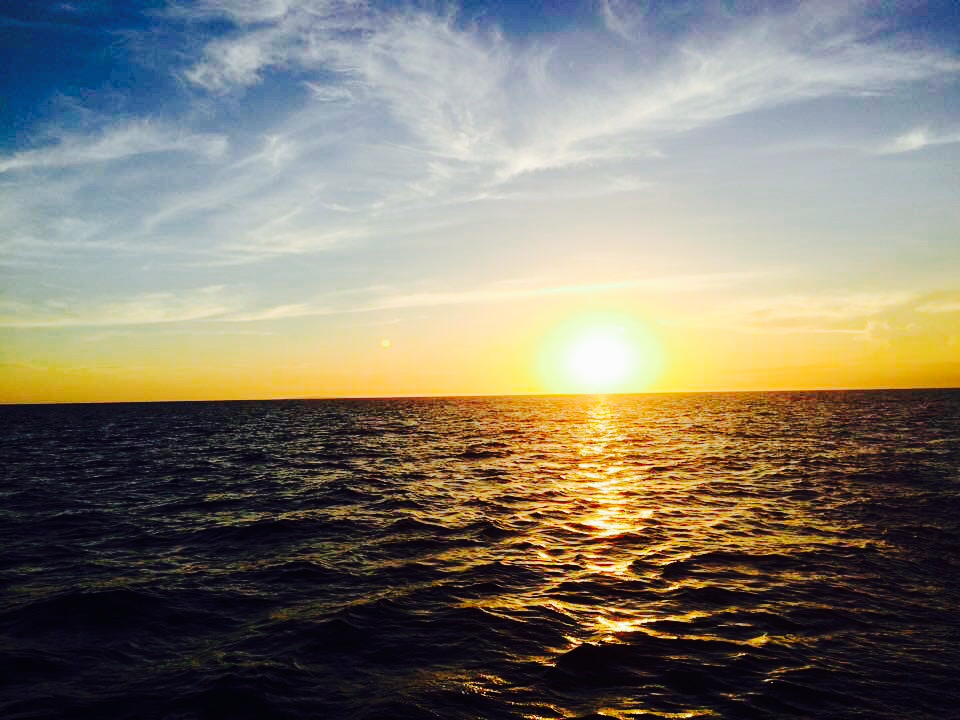 The next day, I got invited to a Yacht party by Rob and Astrid by Marcus. This is probably how us girls got inseparable! It wasn’t a crazy one, I liked how it was pretty chill and relaxed. Pretty sure, these guys were still nursing a hangover that’s why. It was so nice spending the whole afternoon away from White Beach’s chaos. 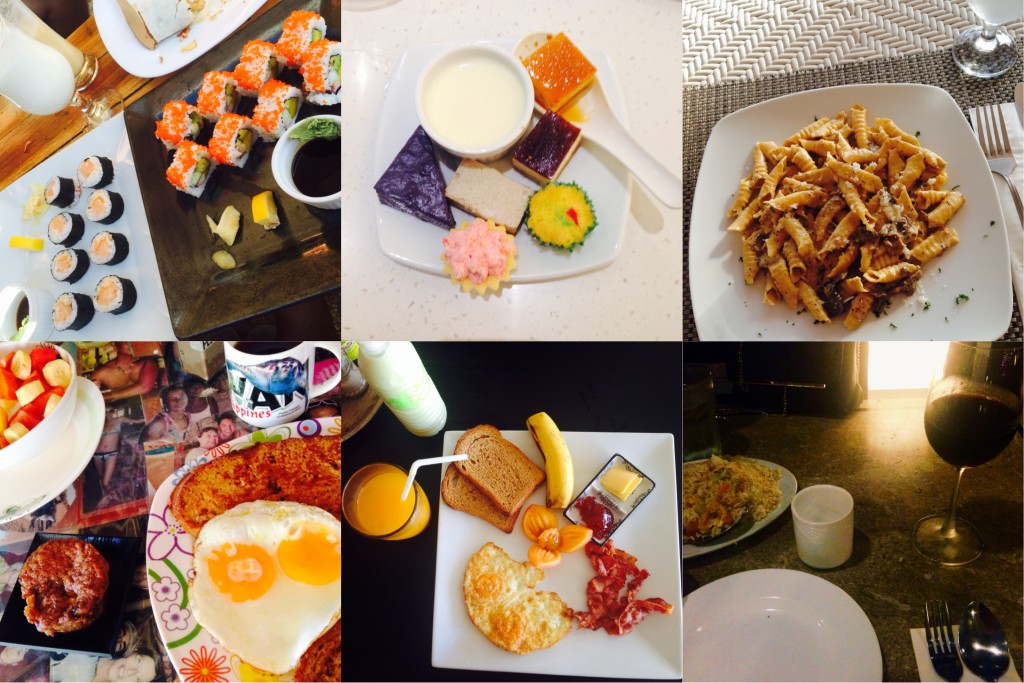 My Boracay trip’s highlight was the food. So ironic how I was in the beach and pigging out. Not complaining though, I loved it! 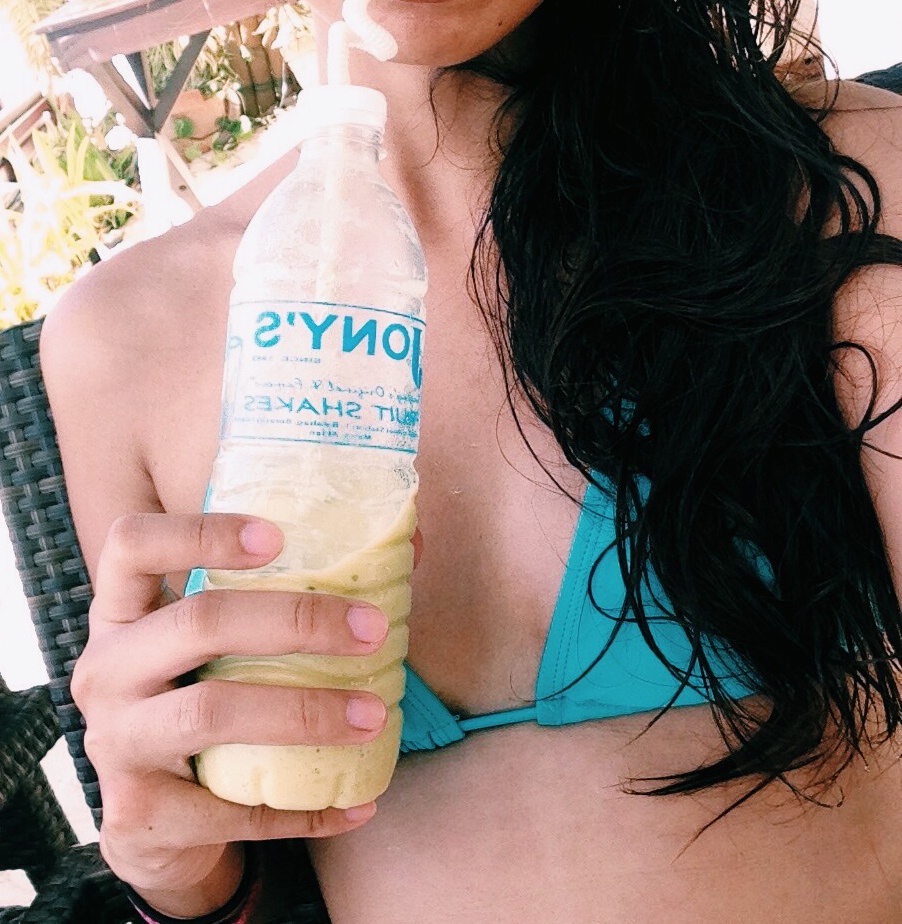 Of course, Jony’s avocado shake is a must in Boracay. I had one from Jonah’s but it just doesn’t taste as good as the former, for me. 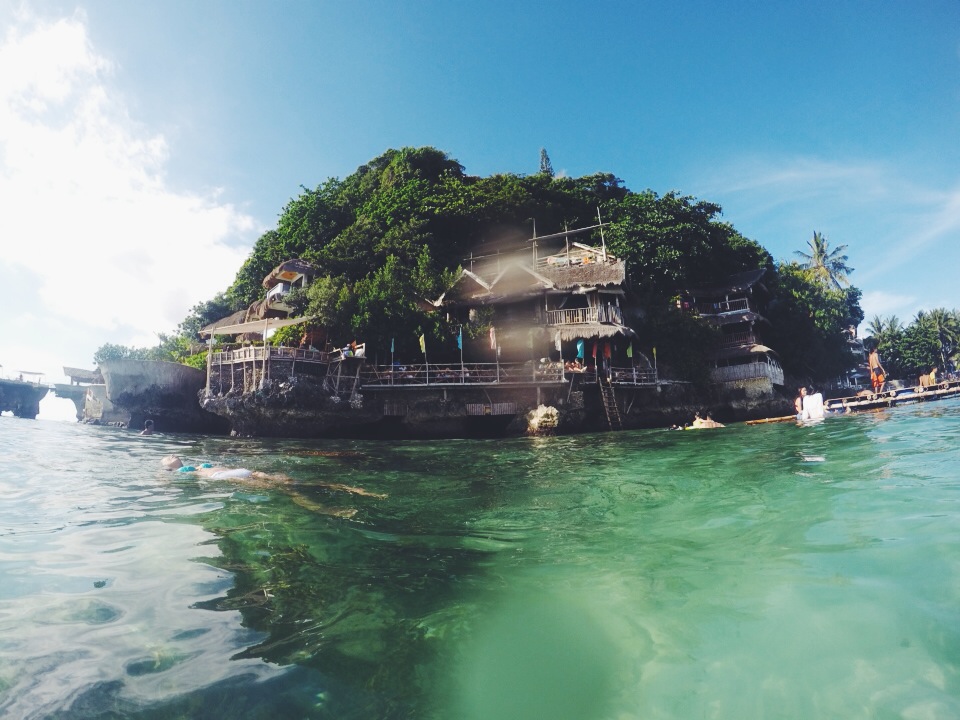 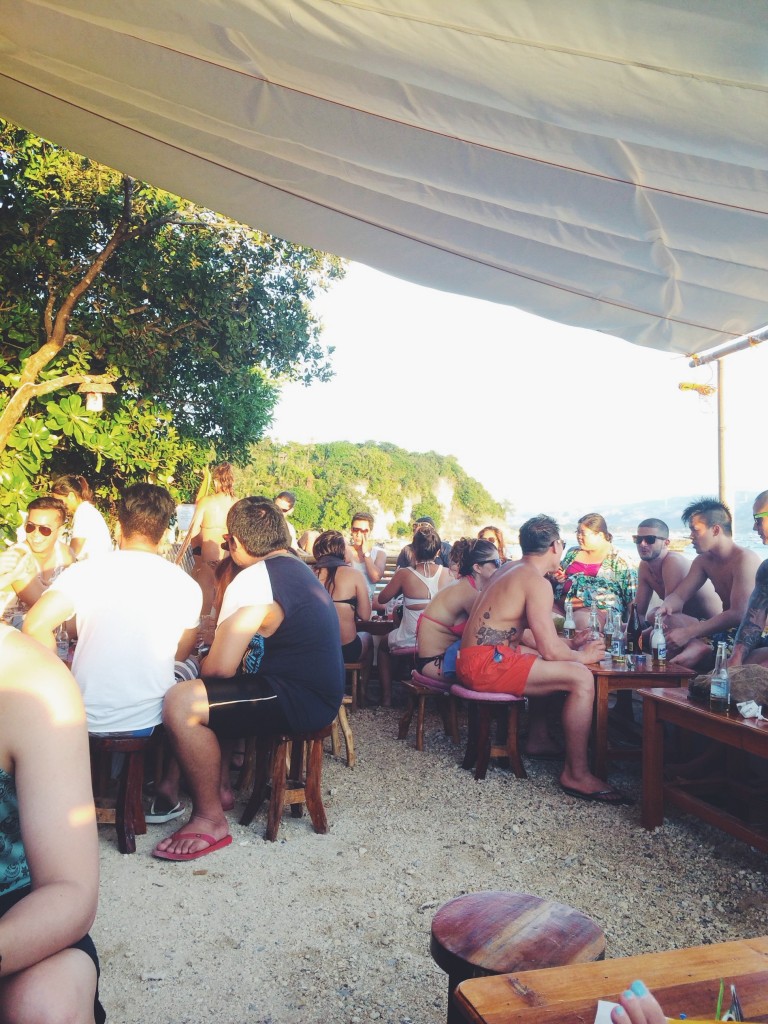 My afternoons were mostly spent at Spider House. I cannot stress enough how much I love that place. Plus my foot got stuck in between the floating bamboo so I’m nursing a huge bruise, but it’s okay now. 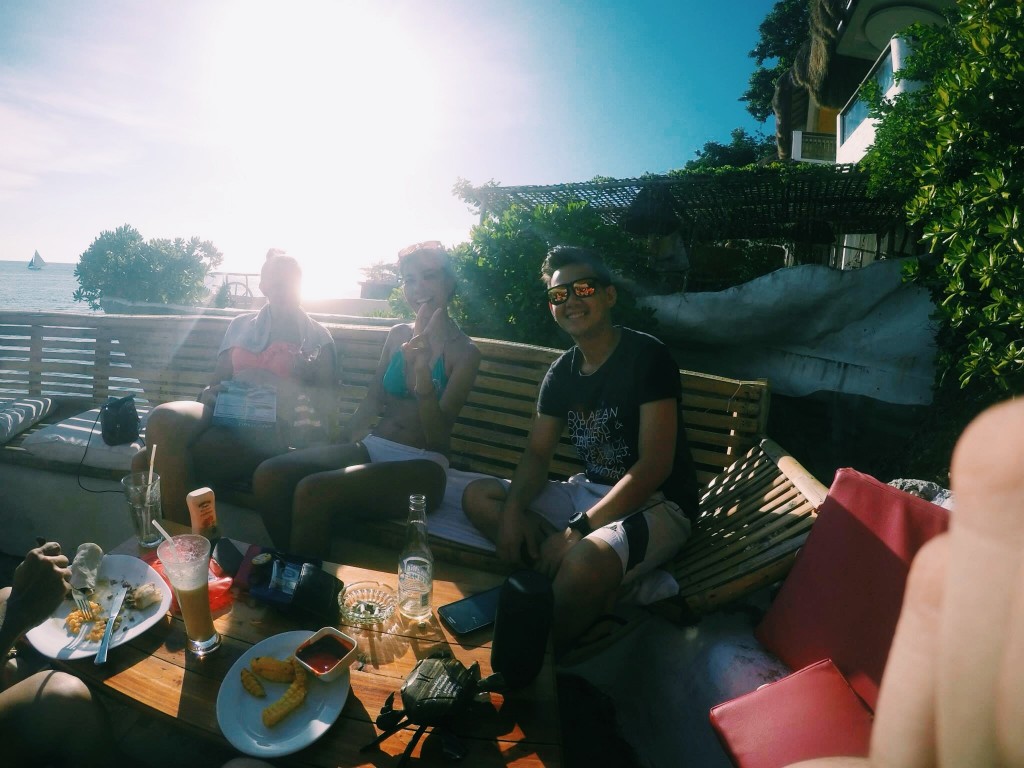 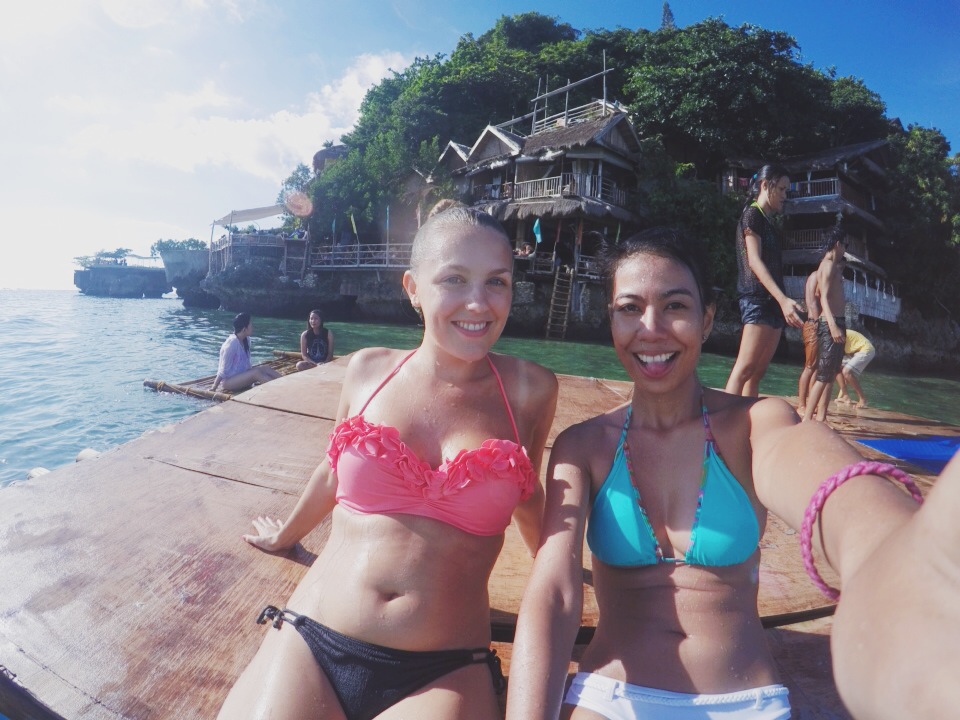 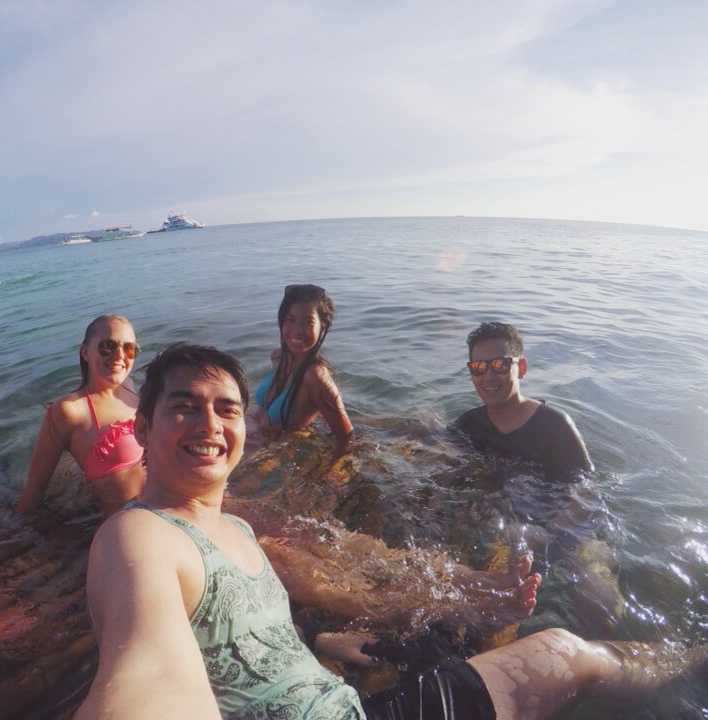 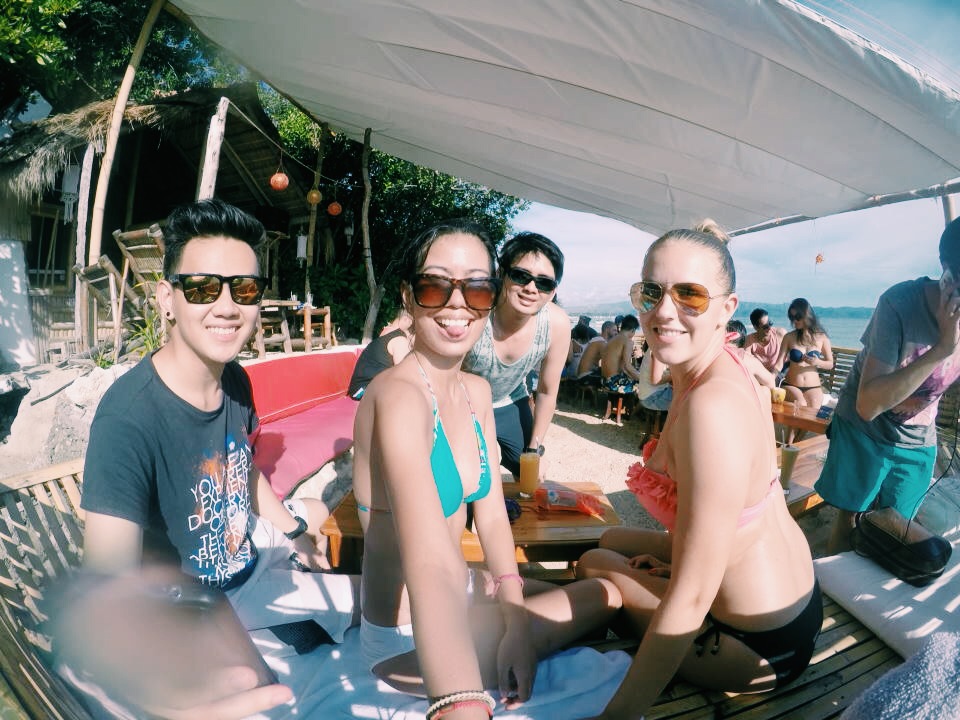 Our first out of town and first LaBoracay together! So thankful for having friends like these guys. 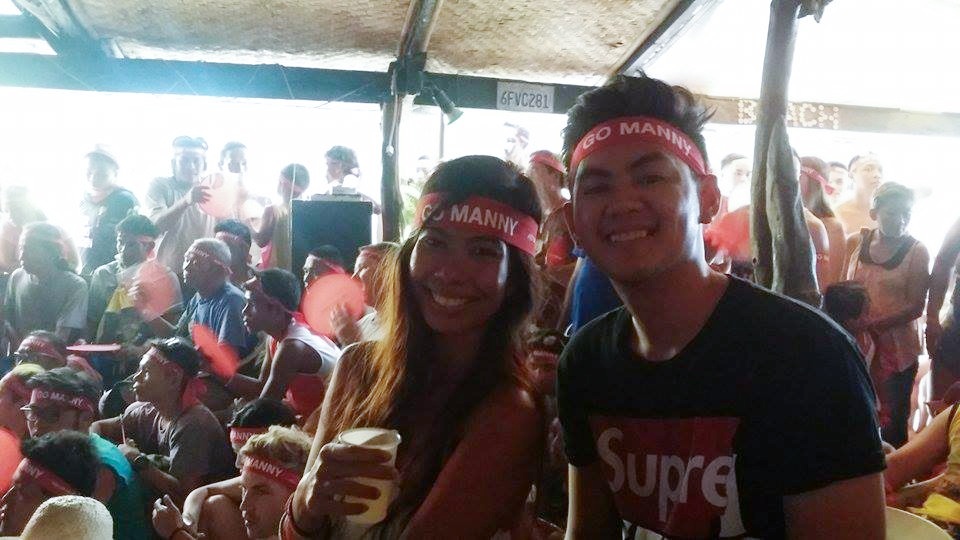 Ken and I watched the Pacquiao vs Mayweather fight at Exit Bar (in cooperation with Pru Life UK). Our first time to watch it with a crowd. The energy was so infectious as locals and tourists (Filipinos and foreigners) we’re all rooting for Manny Pacquiao. Too bad he didn’t get the title! 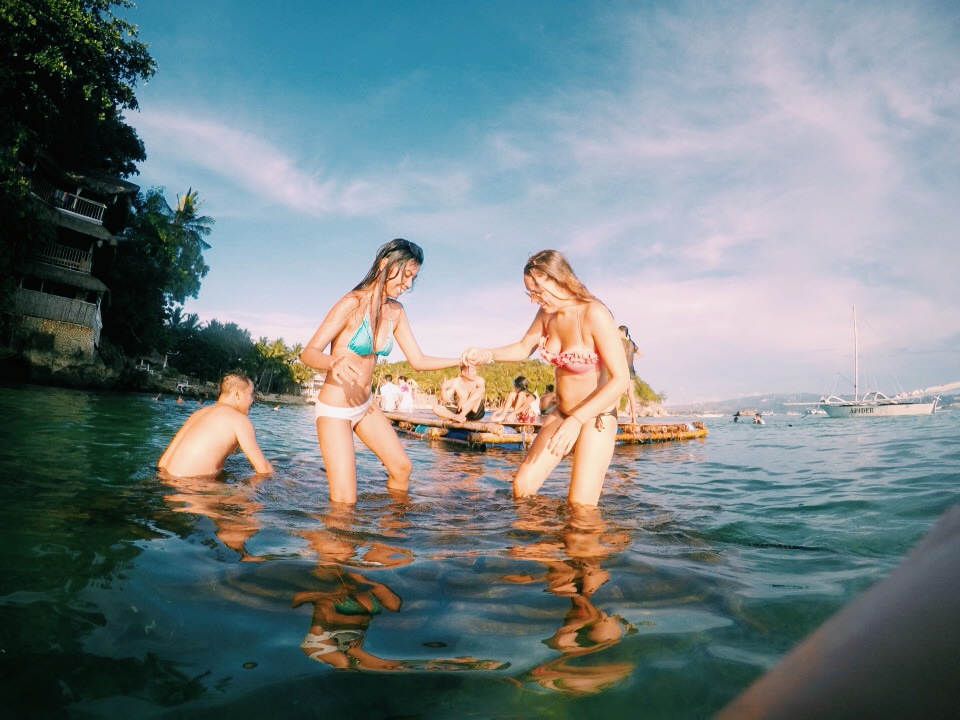 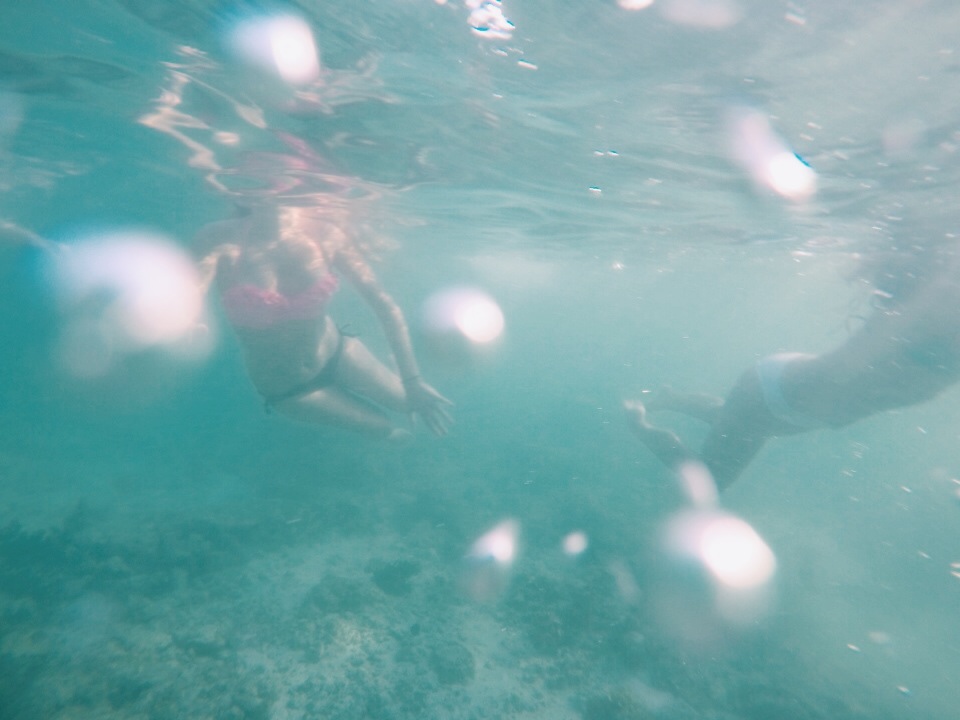 We weren’t really partying hard, we mostly spent our days by the beach, swimming and getting a tan (I love how tanned I am right now tbh). After dinner, we grab a few drinks, walk around, people watch, etc. then go home by 11pm. And then we wake up for breakfast at 10am. Grandmas alert! Haha 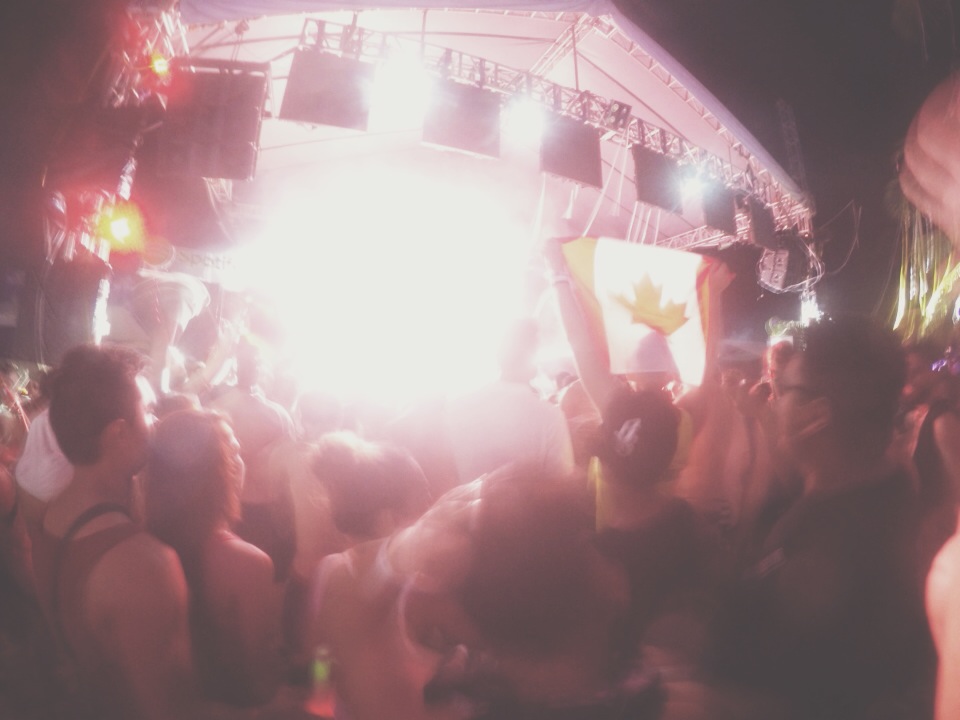 The only night I partied hard was for Knife Party. Ken, Aman and I were really keen in going even though it was for P1,300/per person. With all the free parties going around in Boracay, this was definitely worth the money. I’m happy I stayed after midnight for this one. It wasn’t as crowded as the others and we all had fun. 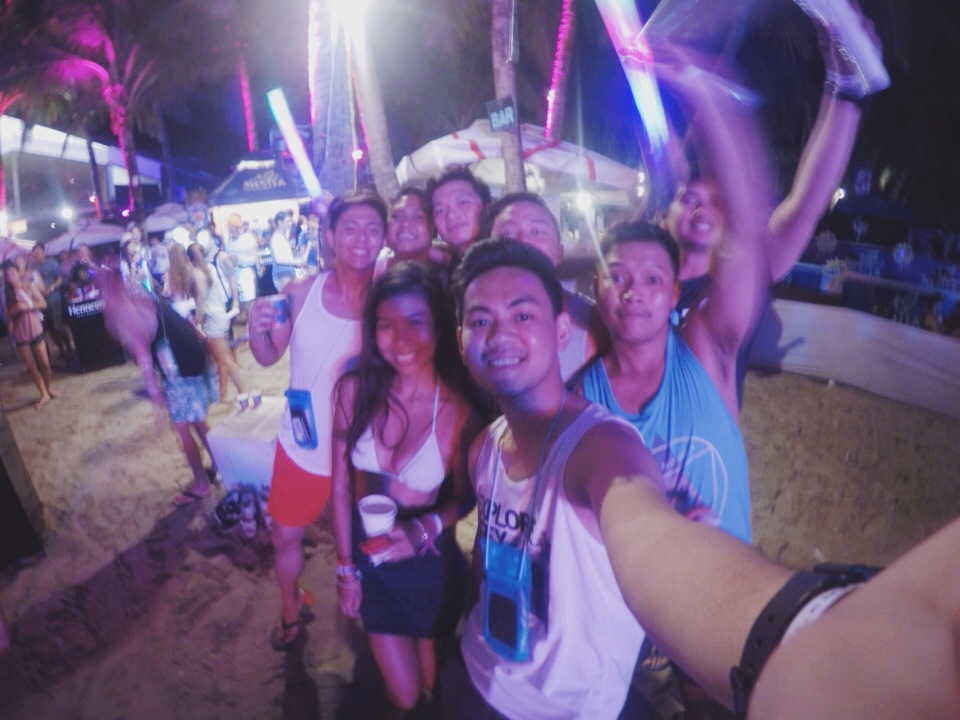 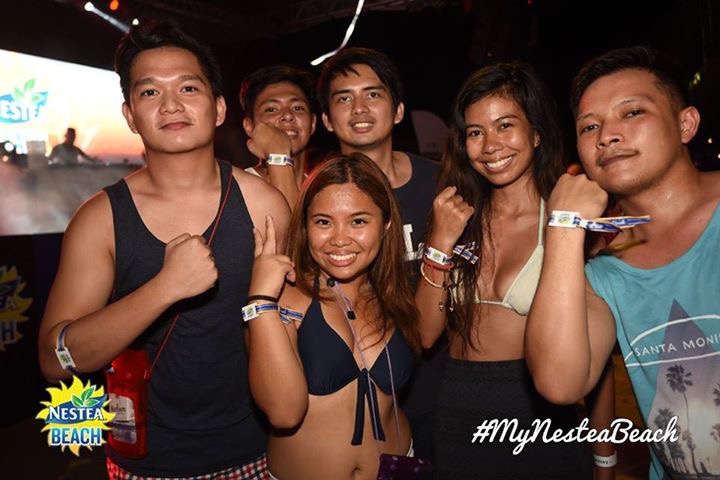 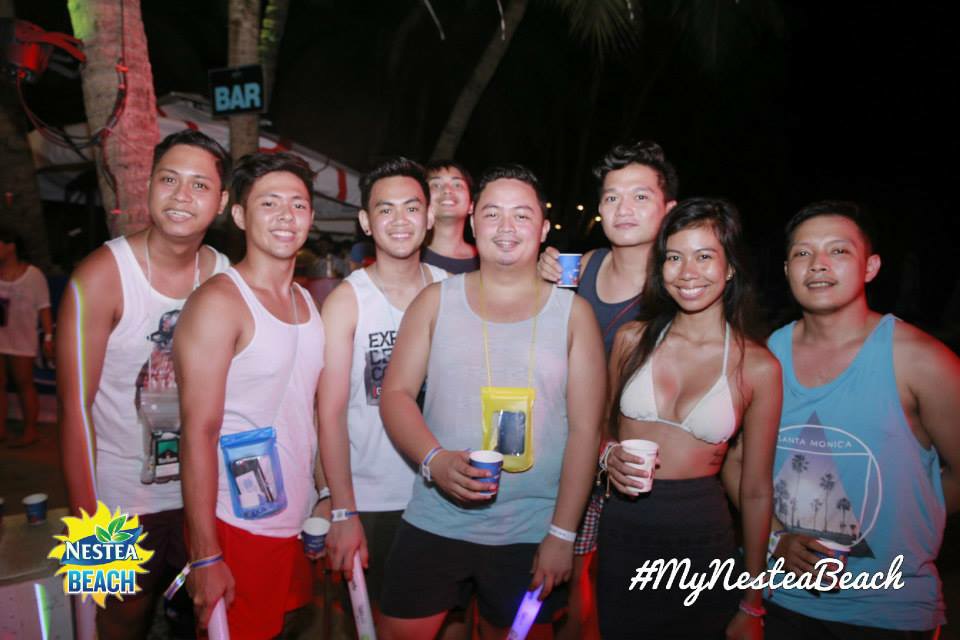 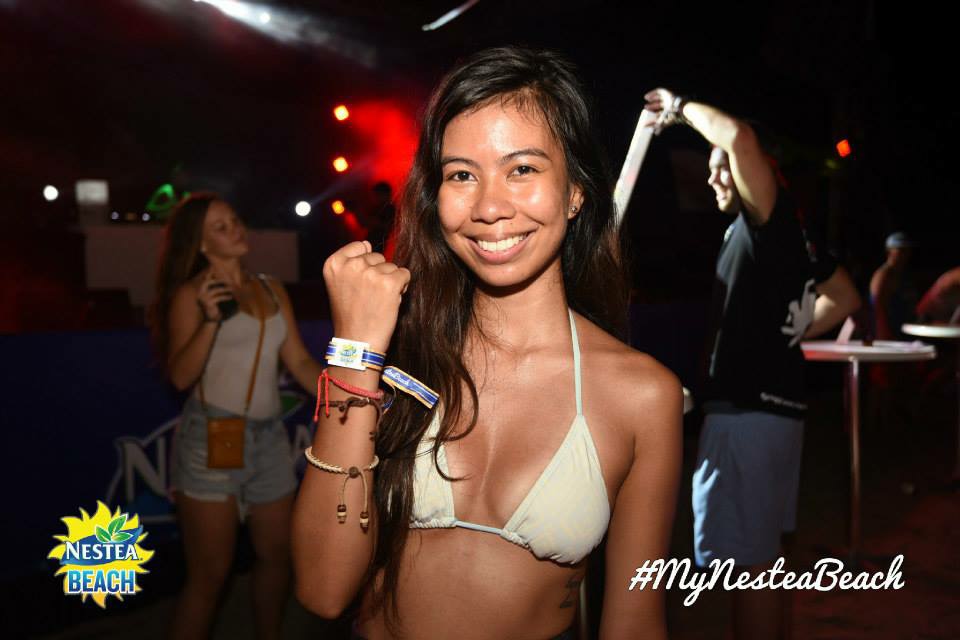 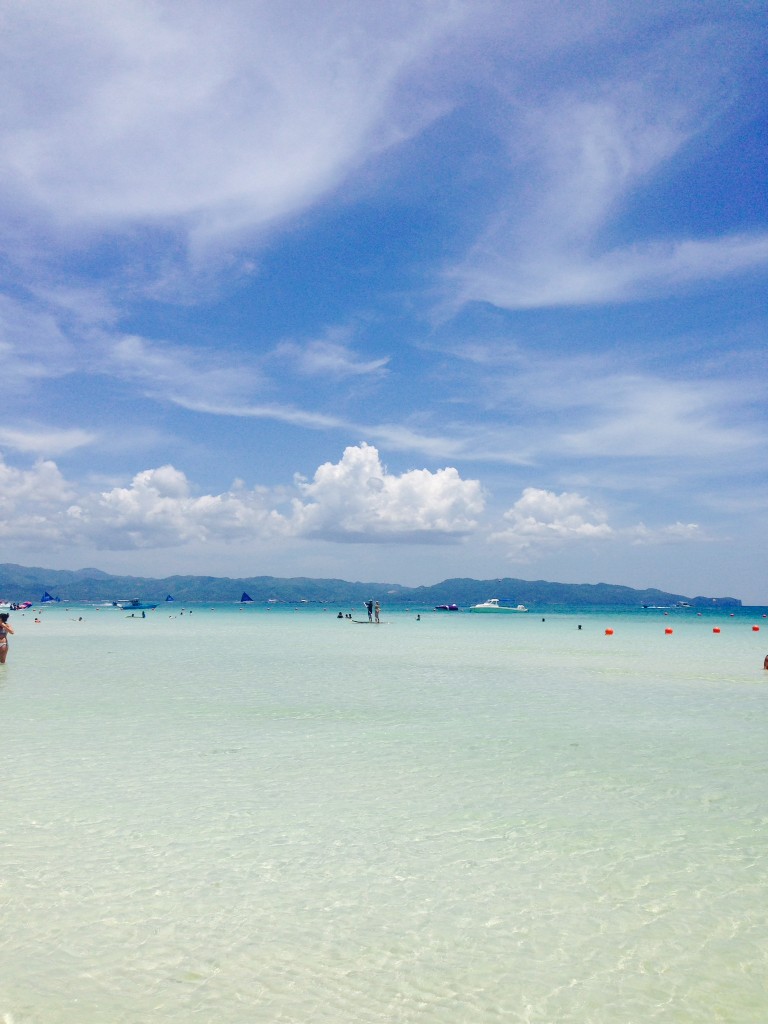 Boracay still has my heart no matter what other people say. Maybe one day, I get the courage to move here. I mean, white sand, clear water and amazing sunsets, who would say no to this island?

Would love to hear your dream destinations 🙂 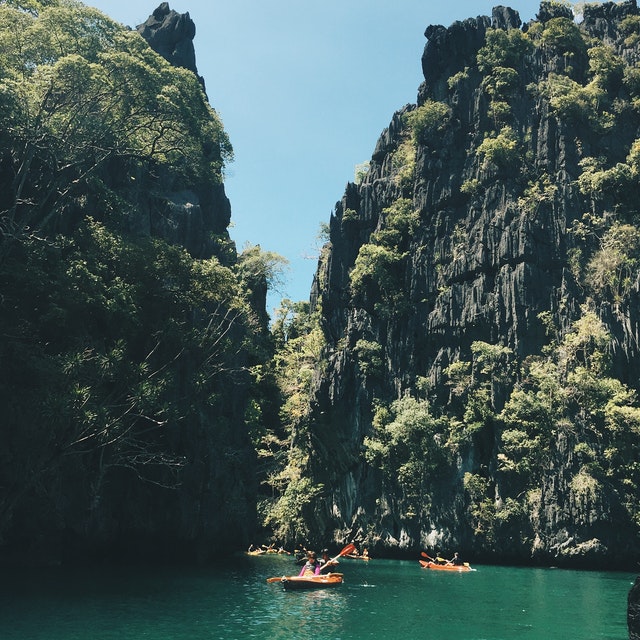 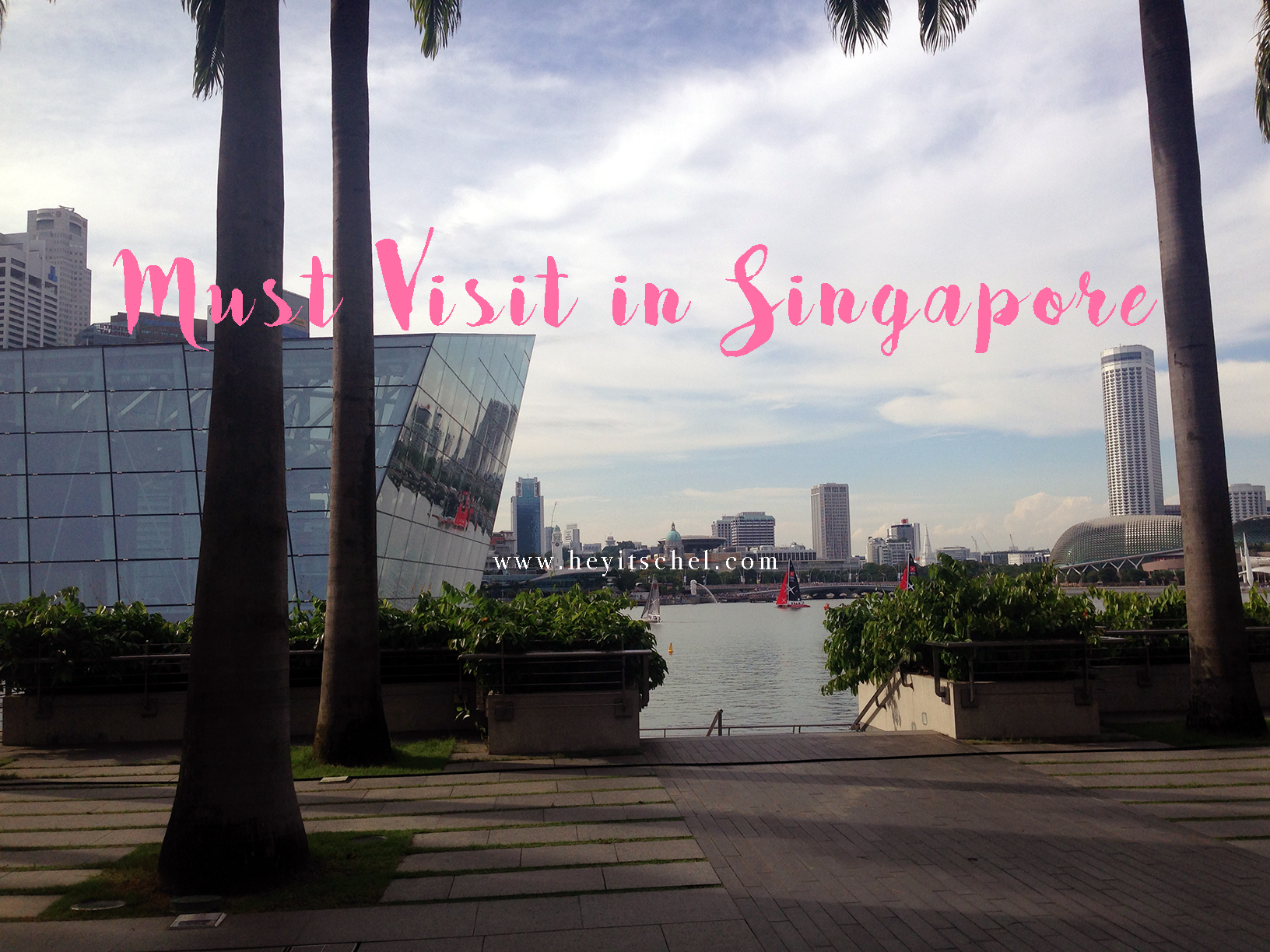 Must Visit in Singapore